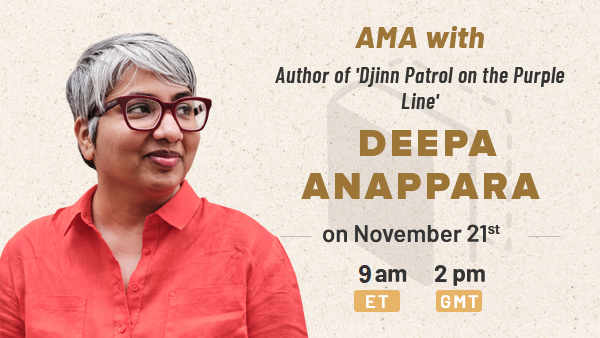 When we pick up a novel, we expect to be riveted by charming sights, rich sounds, and tantalizing smells. We all love intriguing plots, but we still want the depiction to be immersive so we can find some much-needed escape in the pages. And, if the story raises our awareness in some unexpected way, that's a welcome icing on the cake — something that all readers cherish.

For November Book Club, we're excited to announce that we'll be reading a novel that perfectly brings all of this together. 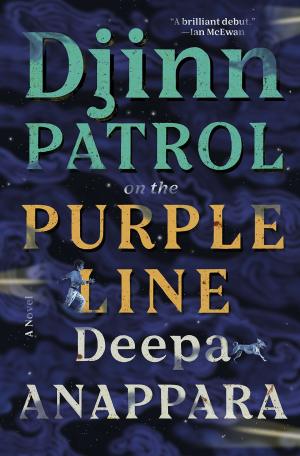 Djinn Patrol on the Purple Line is a story that combines humor and warmth with tragedy. Set in a basti, or an Indian slum, the novel chronicles the adventures of 9-year-old would-be detective Jai and his two friends as they try to uncover the secret behind the mysterious disappearances of children in their neighborhood.

Working as a reporter in India for 11 years, the author, Deepa Anappara, is no stranger to real stories about the disappearance of children from such slums — cases where no real progress is ever made because the victims belong to underprivileged sections of society. When Deepa moved to the UK in 2008 and embarked on an MA in creative writing, she decided to write a story about the subject from the perspective of the children at the center of this tragedy.

While it is an endearing coming-of-age-story narrated from the perspective of the lovable protagonist Jai, the novel draws attention to the unsolved missing children cases and drives home the hard truth about how poverty can render people invisible and the way vulnerable communities are failed by the system.

Deepa Anappara will be joining us for an exclusive Ask Me Anything on November 21st, at 9 am ET (2 pm GMT). So be sure to grab the book, read it, and join us for an exciting chat with the author!

Hope to see you there 👋

Join our Community to be part of this Event

Deepa Anappara was born in Kerala, southern India, and worked as a journalist in India for eleven years. Her reports on the impact of poverty and religious violence on the education of children won the Developing Asia Journalism Awards, the Every Human has Rights Media Awards, and the Sanskriti-Prabha Dutt Fellowship in Journalism.

Her debut novel Djinn Patrol on the Purple Line, published by Chatto & Windus in the UK and Random House in the US, was longlisted for the Women’s Prize for Fiction and shortlisted for the JCB Prize for Literature 2020. A partial of the novel won the Lucy Cavendish Fiction Prize, the Deborah Rogers Foundation Writer’s Award, and the Bridport/Peggy Chapman-Andrews Award for a First Novel. It was a New York Times Editors’ Choice, a Val McDermid New Blood pick, and a BBC Radio 2 Book Club pick. It is being translated into 22 languages.