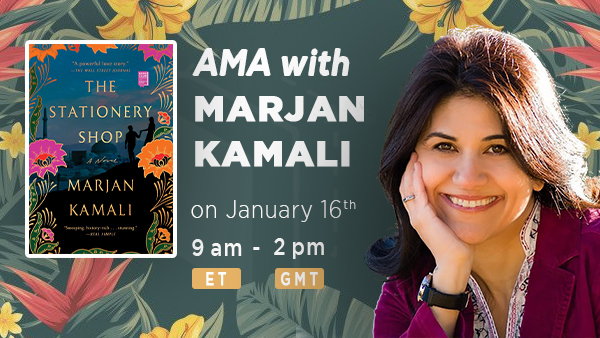 We read fiction because we want to gain a new perspective, find some escape, and be entertained. But, stories are also useful because they help us experience catharsis; the healthy purging of emotions that we all crave.

We want stories to give us a chance to feel something and experience some emotional release because we're often well guarded against emotion, and such emotional cleansing can be therapeutic once in a while.

This January, we'll be reading a poignant, tender tale of enduring love inside our book club. A novel that explores loss, reconciliation, and the quirks of fate—hopefully helping us achieve some catharsis and feel renewed.

The Stationery Shop by Marjan Kamali is a historical fiction novel that follows the story of Roya Kayhani, an idealistic 17-year old lover of Persian poetry and Bahman Aslan, an energetic young man who is a political activist. The two meet in a stationery shop, which becomes a refuge and literary oasis for both amidst the political upheavals of 1953 Iran, and a place where their love blossoms.

Against all odds, Roya and Bahman decide to meet in secret and get married, but a coup d’état causes chaos in Tehran, and Bahman does not show. Sixty years later, Roya has the chance to meet Bahman under unique circumstances and finally unearth the truth about their ill-fated story. 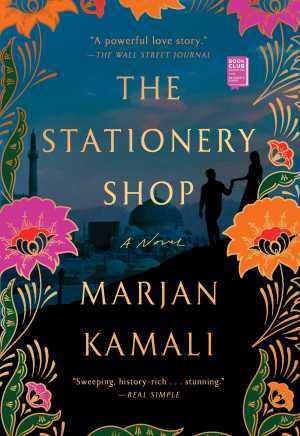 Marjan Kamali will be joining us for an Ask Me Anything on January 16th, at 9 am ET (2 pm GMT).

So make sure to grab the book, read it before then, and join us for a discussion with the author where you can ask any questions you might have.

See you then & happy reading. 👋

Marjan Kamali is a novelist and teacher whose work has been anthologized, broadcast on BBC Radio 4, and adapted for the stage. Her recent release, The Stationery Shop, hailed by The Wall Street Journal as “a moving tale of lost love” is a powerful love story set against the background of a country in political turmoil. The Stationery Shop is a national bestseller, was one of NPR’s Best Books of 2019, an Indie Next selection, and a Real Simple magazine's Top Editor’s Pick. Her debut novel, Together Tea, which was a Massachusetts Book Award Finalist, follows a mother and daughter as they embark on a return journey to Iran.

A graduate of UC Berkeley with an MBA from Columbia University and an MFA from New York University, Kamali is a teacher of writing at GrubStreet and former adjunct business writing professor at Boston University. Her novels have been translated into a dozen languages. Having lived in seven countries across five continents, she currently lives in the Boston area with her husband and two children.

A conversation with Deepa Anappara