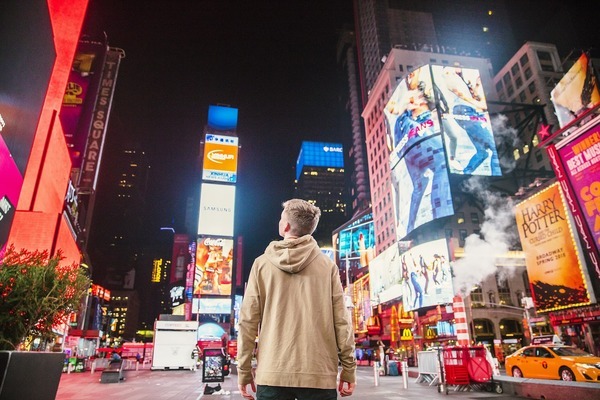 There is a reason why New York is a favorite with travelers from across the globe. This crowded and busy, yet fascinating city, has something for everyone. From fantastic places to eat and shop to sights that make you wonder, The Big Apple is like a little gift that keeps on giving every time you visit it. For bibliophiles, there is no dearth of literary spots in New York. In fact, the city is a charming little ode to all things bookish with iconic bookstores, literary cafes, and a prevailing attitude that appreciates and celebrates books, authors, and readers alike. 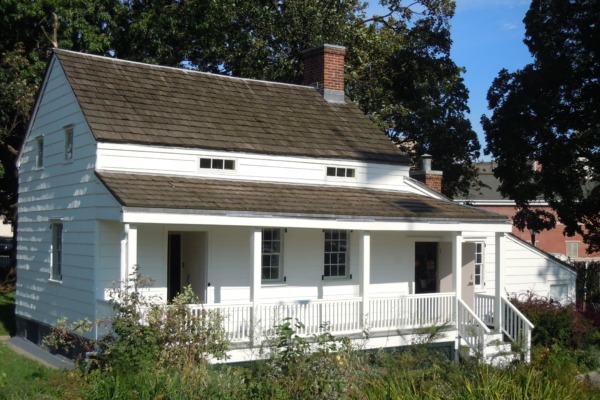 It's possible to trace Edgar Allan Poe's footprints throughout New York. The prolific writer and poet spent several years in the city, shifting from one residence to another. So well-known is the author of The Murders in the Rue Morgue and The Cask of Amontillado that 84th Street from Broadway to West End Avenue is now named Edgar Allan Poe Street. It is at the corner of this street, at what is now Edgar's Cafe, that Poe stayed for a year in 1844 and wrote his most famous poem, The Raven.

For a more exclusive introduction to Poe, bookworms need to visit the Edgar Allan Poe Cottage, one of the most famous literary sights in New York. It is here that Poe spent his last years living with his wife, who was suffering from tuberculosis, and died a year after they moved in 1846. During this time, he is credited for writing The Bells and Annabel Lee. Now considered a landmark of the city, the cottage is part of Poe Park and is open to visitors who want to catch a glimpse of how modestly the author lived. 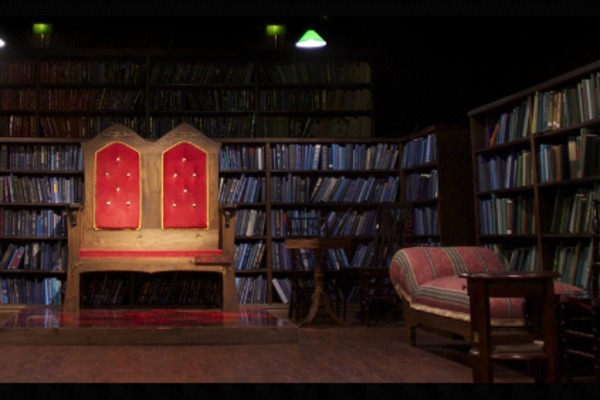 Amongst the most hilariously entertaining literary spots in New York is Drunk Shakespeare, a quaint "library speakeasy," where guests get to sit amidst a collection of 15,000 books and listen to professional actors perform scenes from classic Shakespearian plays. The catch, the actors have to take five shots of whiskey before they begin. Funny, bold, and full of unexpected moments, this is one off-Broadway literary theatre in New York that never ceases to amaze and astonish. 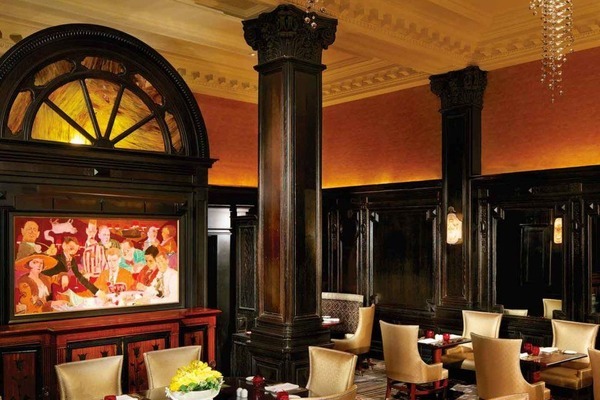 The Algonquin is drowning in literary greatness, making it a must-visit stop for book lovers in New York. Although numerous authors, publishers, critics, and actors have walked through the hotel's lobby, it is mainly famous for hosting the Vicious Circle in the 1920s. Known also as The Algonquin Round Table, influential movers and shakers of the time, such as Dorothy Parker, George S. Kaufman, Alexander Woollcott, Ruth Hale, Franklin P. Adams, and more met here almost daily for a decade, starting from June 1919. Now, this exquisite literary hotel is part of the Marriott group and promises its guests a luxurious stay that is both enlightening and lavish in its disposition. 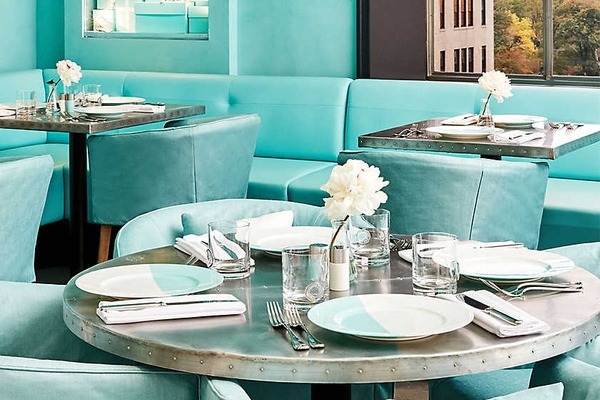 Truman Capote's Breakfast at Tiffany's is an unmissable modern classic that demands multiple reads. Adapted into an equally iconic movie, featuring Audrey Hepburn, one of the key scenes from the film has Hepburn’s Holly Golightly having "breakfast" while window shopping at Tiffany and Co. Although it lacks a direct connection, The Blue Box, situated on the fourth floor of Tiffany and Co., makes for an unusual film and literary sport in New York. For it is here that you can actually have breakfast at this legendary jewelry store. Reservations don't come easy, but if you manage to get in, order "Breakfast at Tiffany's" from the menu for a memorable culinary experience. 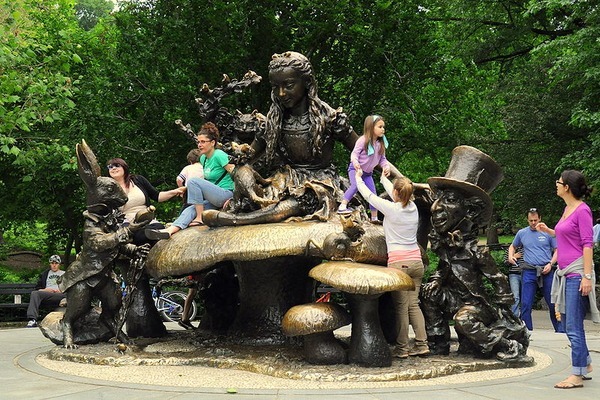 Made in 1959 by José de Creeft, the Alice in Wonderland sculpture in Central Park celebrates the most magical children's book ever. This magnificent literary sight in New York has Alice sitting on a mushroom surrounded by the Mad Hatter, Dinah, Cheshire Cat, and many more characters from this fantastical tale. The bronze figures are not just for show, though, as children and adults are more than welcome to touch, sit, and play around the sculpture. An interesting fact about the creation is that Creeft used his daughter as inspiration for Alice. As for the Mad Hatter, the statue is "a caricature of George Delacorte," the person responsible for commissioning the sculpture. Keen bibliophiles will also be delighted to find an inscription from Jabberwocky by Lewis Carroll etched around this popular family spot in the city.