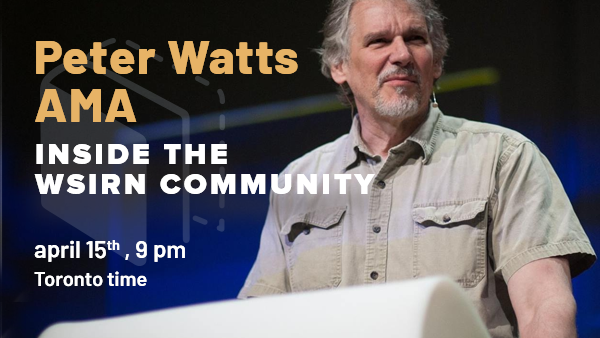 Hey Guys, hope you had a great weekend! 😃

As most of you already know, we've launched a Slack community for book lovers, for those who don't: The WSIRN community is much more than just an ordinary book club - It's a place for book lovers to come together and share quotes, recommendations, reading tips, discuss their favorite books & authors, as well as an opportunity to find like-minded people and develop lifelong friendships.

We've offered some of the oldest users of the site with most books in their lists a free membership to the community, others can join for a monthly, annual, or lifetime membership. To join the community, begin by clicking "Premium" on our home page.

For our kickoff AMA, we'll be hosting the amazing hard science fiction novelist and ex-marine biologist Peter Watts. He will be taking questions in our online community on April 15th at 9 PM Toronto Time, which is 6 PM Pacific Time and 9 PM Eastern Time.

His novels have become required texts for university courses ranging from Philosophy to Neuropsychology. His work is available in 20 languages, has appeared in 30 best-of-year anthologies, and has been nominated for over 57 awards in a dozen countries. His list of 21 actual wins include the Hugo, the Shirley Jackson, and the Seiun. His recent efforts include The Freeze-Frame Revolution (June 2018 from Tachyon) and co-authorship of a black metal science opera about sending marbled lungfish to Mars, funded by the Norwegian government (the opera, not the lungfish) .

Watts' Rifters series, novels set in a bleak, post-apocalyptic world where modified humans brave hazardous deep sea environments to maintain the world's power generators beneath the Pacific, has been lauded as one of the best hard sci-fi series of recent years. Rifters combines remote, hazardous deep sea environment with a grand mystery and riveting characters, and it's quite an unputdownable series for sci-fi lovers. 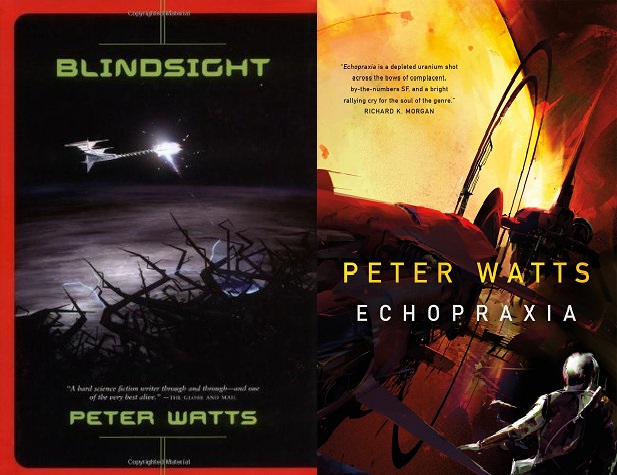 His best known work is the Firefall series, which comprises two novels, Blindsight and Echopraxia. This story is set in the year 2082, in a future where tweaking the mind is commonplace and vampires have been brought back from the grave. The novel traces the voyage of the ship Theseus as it travels to the outer edge of the solar system to investigate a comet broadcasting radio signals to an unidentified source.

Blindsight is one of the most critically acclaimed hard science fiction novels of recent years, it is a dark & gripping page-turner that explores themes of free will, artificial intelligence, evolution, biology, identity, consciousness and game theory. Blindsight has been a finalist for multiple prizes within the genre, including the Hugo Award, the John W. Campbell Memorial Award for Best Science Fiction Novel, and the Locus Award for Best Science Fiction Novel.

The Best Way To Get Started With Peter Watts 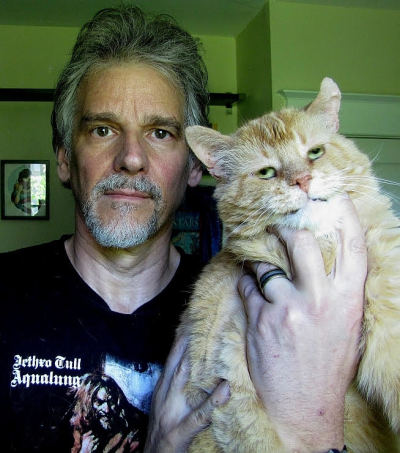 Blindsight is available online under a Creative Commons license, so you can read it for free. This kind of science fiction is rare, and should be supported, so if you enjoy it (note: if you enjoy science fiction, you will enjoy it), we recommend buying a copy to support Peter in creating more great books.

Watts' novels are replete with technical jargon and references, as he seems to treat advanced technology just like the people in the story would, like it’s an everyday thing. Nevertheless, the immersion, the depth of characters, and the haunting atmosphere that Watts is able to create with his prose is unparalleled and will leave even a casual sci-fi reader captivated.

If you're reading this, I hope you'll be able to join the community and will be part of the AMA. If not, I hope you'll find some of the links I'll share below to Watts' works interesting & worth reading! 🔥